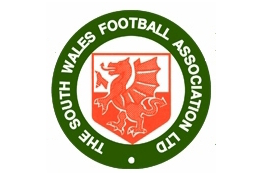 A Who’s Who in the Intermediate Cup

A run down of the last eight

The quarter final line up has been decided for this season’s Intermediate Cup, this is a who’s who of the last eight left in the cup.

The South Wales FA Intermediate Cup dates back to 1891/92 with Treharris the very first winners when cup was known as the SWFA Amateur Cup. In modern times Caerau (Ely) have had most success in the competition winning it four times in the 90’s including three seasons in a row. Glyncorrwg Hall are the only team to win the cup in back to back seasons since. Trebanog FC are the current holders, winning the cup to complete their own treble.

The competition in recent seasons has been for local league clubs but this season has been opened up to SWFA Alliance league sides. This season the quarter final line up is complete and here are the clubs.

Cardiff Draconians – The current SWFA Alliance league Division One leaders sit six points ahead of second place having scored an impressive 88 goals in 22 games conceding 33. Their route to the quarters has seen them defeat Talbot Green, Hills Plymouth and Pantyscallog Village Juniors, scoring 15 goals along the way conceding just one. The free scoring Draconians have won all their games in 2017 and must be seen amongst the favourites.

Penrhiwceiber Con Athletic – The fellow SWFA Alliance league Division One side currently sit 8th in the division. Penrhiwceiber route the the last eight saw them dispatch Sarn, Rhoose and Cwmbach Royal Stars conceding just two goals along the way. Penrhiwceiber are former winners of the competition having triumphed in 2008/09.

The two SWFA Alliance league Division One have clashed in the league this season with Draconians winning 2-1.

Nelson Cavaliers – The Taff Ely and Rhymney Valley Premier Division are 7th in the league, however, the club have four games in hand and have only lost once in the league this season. Potentially the club could go two points behind the leaders if they win their games in hand. Nelson are familiar with Vale of Glamorgan clubs having defeated Island Marine and Cowbridge on route to the quarter finals, with victories over Bettws and Abercynon also.

Cascade FC – Another Taff Ely and Rhymney Valley Premier Division side, Cascade sit 2nd in the league, two points off the leaders having lost just once this season. Their route to the the quarters saw them with wins over Stanleytown, Llanishen Wanderers, Courthouse and Pentrebach Labour.

FC Abercwmboi – Aberdare Premier Division, they are placed second but are six points off first with three games in hand. The club have lost just once and are the leagues top scorers with 61 goals. Abercwmboi defeated Brynna, Margan YC, Llanharan and Llangeinor scoring an impressive 26 goals.

Penydarren BGC – Currently sit second in the SWFA Alliance league Premier Division where they are the top scorers and must one of the favourites for the competition. On their route to the quarters they have defeated Gwynfi United, The Prince of Wales and Canton Rangers. Whether they use the competition for their reserve team, like their opponents in the quarters, is unknown.

Pontyclun – SWFA Alliance league Premier Division league leaders but they have entered their m reserves in the competition. The reserve team are second the Taff Ely and Rhymney Valley second tier, three points off the leaders but with six games in hand. But the club must be amongst the favourites as they have impressively dispatched Grange Albion, Hopkinstown and, most notably, the holders Trebanog on route to the quarters.

The quarter final line up provides a wide variety of teams and promises to be an intriguing and entertaining round of matches to be played on 18th March 2017.