Vale of Glamorgan Football League Round Up 22/1

In the sole Barry Cup first round match, Premier Division AFC Rhoose advanced to next weeks second round with a hard fought 2-1 win over First Division leaders Sully Sports. Ciaran Webb opened the scoring for the hosts right on half time before Elvis Kononovs levelled the score on the hour mark. But it was Jac Butler’s goal ten minutes from time that proved decisive and Rhoose set up a huge game with Cadoxton Barry on Saturday in the next round.

Penarth Town restored their four point lead at the top of the table by inflicting a first league defeat on Cardiff Airport in nine league games. Rhys Knights goal just before half time was enough to hand the league leaders a 1-0 victory, Scott Willetts starring as man of the match.

Island Marine returned to league action with a win over Cogan Coronation, after a goalless first half, goals from Bowsher, Blackmore and McKrieth put Marine in control before a late Hughes consolation from Hughes for Cogan.

BV and St Athan played out a 1-1 draw, Williamson gave St Athan a first half lead before Jackson grabbed the equaliser.

In Division One, Holton Road B stayed third with a narrow 1-0 victory over St Athan B. A first half Mitch Thomas goal sees Holton B close the gap on top of the league Sully and second place Cwm Talwg to five points.

Rhoose Social went back fourth with a thrilling 4-3 win over Island Marine B. Social always seemed in control going into 2-0 and 4-1 leads through goals from Morgan, Hillard and Windsor but Marine B kept on battling and a hat trick from Robertson to set up a nervy ending but Social collected the three points.

BV Reserves picked up their first league win in nine games as goals from Richardson Croad and Hartley either side of a Messer equaliser gave BV reserves the 2-1 victory over Vale Madrid.

On Saturday it’s all about the Barry Cup. 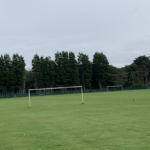 Vale of Glamorgan Football League Round Up 15/1

The Vale league returned for the first time in 2022 with a mix of league and cup action.

In the esteemed ASRS Cup, a cup that’s history dates back to 1911, Barry Athletic pulled off the shock of the round as they dumped the leagues form side Cardiff Airport out on penalties. After being 1-2 down, it was Lewis Avaient’s 76th minute spot kick that sent the game to extra time and eventual penalties, Athletic triumphed 4-3 to go through to set up a home quarter final against AFC Rhoose.

Cadoxton Barry went through to the quarter finals as they saw off St Athan 5-2. Goals from Oram, Parry, Henderson, Donnelly and Cubitt handing Cadoxton Barry the impressive win to start the year and set up a huge quarter final against cup favourites Penarth Town.

BV progresses to the quarters after a thrilling 4-2 victory over Cogan Coronation. Cogan raced into a 0-2 lead inside the first fifteen minutes, but BV hit back through a Mathew James hat trick to lead at half time before Cory James grabbed the fourth. BV now face Island Marine in the next round.

In the Supporters Cup, Vale Madrid saw Webb and Tanner put them in front twice against Island Marine, twice Rogers equalising, the game going all the way to spot kicks, and Vale Madrid emerged the winners. They go through to play Vale United in the quarter finals.

Rhoose Social saw off Vale Athletic with goals in each half from John and Hillard to win 2-0, Rhoose Social now play St Athan B in the next round.

Sully Sports are the slight favourites for the Supporters Cup and they showed exactly why by putting St Athan C to the sword mercilessly. Cottle, Stanton, Ashton, Saunders and Appiah with the goals. Sully set up a quarter final clash with the much fancied Cwm Talwg which should be a cracker.

In league action, Holton Road closed the gap on Penarth Town to just one point, albeit having played a game more, with a 3-1 victory over Tynewydd. Pearce, Morgan and Jachontow with the goals.

In Division One, Cwm Talwg went level on points with Sully at the top, but Sully have played a game less, as Cwm Talwg put clear daylight between them and Holton Road B but edging them out 3-2. Holton B came from a goal down to lead 2-1 with fifteen minutes left, but Conway levelled got Talwg before a stoppage time winner from Kirke sent the Talwg faithful into hysteria. Dramatic scenes on The Buttrills.

And finally, St Athan B collected their second successive win by seeing off Vale United 3-1. Goals from Hyslop, Sammarco and Tona secured the three points against an inform United side. 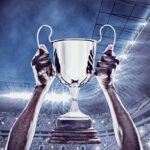 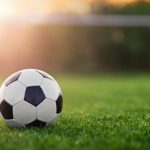 Vale of Glamorgan Football League Round Up 11/12

Only a handful of games in the Vale league this weekend but a major impact on the Premier Division was had.

Holton Road failed to cut the gap on Penarth Town to just one point as they lost 3-2 to St Athan. In difficult conditions St Athan came from behind twice to inflict just a second league defeat of the season on Holton Road who ended the game with two men sent off. The result leaves Holton Road four points off leaders Penarth Town, while it is an important first league win in eight games for St Athan, after what was a great start to the campaign when they won their first four games.

Cardiff Airport continued their impressive run of wins as they put Barry Athletic to the sword 7-1. Lee Stradling starred again as he bagged a hat trick, that’s now 10 goals in his last three games. Airport now 8 games without defeat and sit fifth, a fantastic recovery after losing their first four games of the season.

Tynewydd turned on the style to hand Island Marine their first loss in eight games. One of Tynny’s new signing Nathan Williams shining with a brace in a man of the match performance to help them to a 5-2 victory.

In Division One, title favourites Sully Sports played out a thrilling 6-4 victory over Vale Athletic. Sully found themselves 1-3 down after twenty minutes but fought back to level term before half time and then took control in the second period, before a late consolation from Athletic. The win puts Sully three points ahead of second place Cwm Talwg.

In another goal fest, Island Marine B saw off Vale Madrid in a crazy game 7-5. The win moves Island Marine B up two places to eighth with their first victory in five games.

Island Marine B vs Vale Madrid