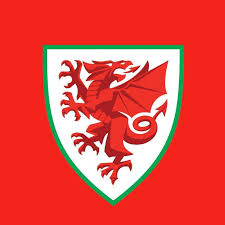 If a player is in a class at school that has been sent home to self-isolate, can he still play football.

No, if a player is required to self-isolate then he is unable to train or play football at his club.

If there are multiple 11 a-side pitches at a venue (eg Sully) can all pitches be in use?

Yes, they can as the guidance is issued for 30 players on a playing area. A different group of players

can use another playing area at the same facility. There has to be

of their cars – who’s responsibility is this?

This is not the responsibility of the league or club, it is up to the parents to act responsibility to maintain social distancing if they decide to remain within the wider facility area.

After coaching a small-sided team in the morning, can that coach go and play football himself in

Can a referee officiate more than one game in a day? i.e. U12 at 10am and then a senior game at

We have raised this issue with Welsh Government consistently and at this stage, their guidance is

that coaches, first aiders, team helpers and officials can only be involved with 1 match per day as

Who is ultimately responsible for supporters if they don’t move from the pitch side?

The club have a responsibility to share the guidelines related to spectators with parents, there is a

specific section related to parent responsibilities within the protocol document. Confirmation that

they have shared this information with parents is done via the club checklist. Clubs are responsible

for asking parents to respect the guidelines set, however ultimately it’s the parent or supporters

responsibility to act in accordance with the guidelines.

not the responsibility of the club if they have done everything that is asked of them.

Officers. Leagues are welcome to share the below statement again with clubs to reiterate the

not an FAW decision. Welsh Government guidelines do not permit a group of spectators to watch a

match pitch-side outside of the 30-person number participating within the organised activity. This is in

line with the protocols we have issued for both phase 1 and 2. We have asked for this to be reviewed

Within current Welsh Government guidelines, a caveat is issued for spectators in that they are

permitted to attend if there is a health or safeguarding reason for them to be present. Unfortunately,

there isn’t a criteria outlined for what would constitute a valid safeguarding or health reason. With

regards to this matter, we would urge that a significant degree of common sense is applied. For

example, we have received a number of queries relating to young children being left on their own and

reason for a parent to be present.

In terms of clubs being able to police this matter; we recognise this will be difficult for clubs however

as the governing body we have to be issuing advice in line with current government guidance. Again,

we would advise that common sense is applied, parents cannot be present pitch-side but can remain

within the wider facility area, e.g. club car park or away from the pitch at a public park, after they have

dropped their child at the designated drop off area to meet their club coach. Clubs should include this

spectators not being permitted pitch-side. Outside of this, it is up to the parents to act responsibility to

maintain social distancing if they decide to remain within the wider facility area.

progress the return of football at all levels as well as contribute to the transmission of the virus. As a

result, we must ensure we all act responsibly to protect each other, our clubs and the game as a whole.

Can clubs/leagues set-up observation areas for parents? If so, how far from the pitch could these

be, how big an area would be required, and how many parents could be contained in this marked

encourage people to spectate on matches which at this stage, directly contradicts government

Is it a mandatory requirement that there must be a toilet facility available? (If so, is this for all age

will need to be opened pre-match, during the match and for 30 minutes following the match. Toilets

facilities clean” in the Welsh Government guidance for sports, clubs and facilities, and capacity

should be managed via entry and exit and to allow for the 2m physical distancing to be maintained.

they are going against government guidelines in not providing this service.

No changing rooms should be used – players should arrive in training or playing kit. Exemptions may

be made where safety and safeguarding measures require their use.

who have children with asthma for example? Or all parents of 6-8 year olds with the children

being so young, etc

Welsh Government have not issued a set criteria for whatwould constitute a valid health or safeguarding reason. In the absence of such a criteria we would advise that the following would be permitted under this guideline:

➢ If they or a child is concern ed about being left on their own, particularly if they are a very young

child or new to a team or club

authority area if they are unregistered?

Yes, if a Player is not registered with the Association or any other national association to play for a

club, then he/she may play as a Trialist for any Club in: (a) Open Friendly Matches if such matches

Playing Season; and/or (b) any Closed Friendly Match. However, since the player is not registered, he

during training or playing friendly matches for Club A.

A player plays for Club A who are based in Cardiff. However, the player lives in the Vale of

Glamorgan and is therefore unable to travel to train with or playing in matches for Club A. Is the

Vale of Glamorgan area? This would then allow the play the opportunity to continue to play

With the permission of their registered Club (Club A), they could play as a Trialist for a different Club

in: (a) Open Friendly Matches if those matches are played during the close season and/or before

that Club’s first Official Match during the Playing Season; and/or (b) any Closed Friendly Match. Also,

since the FAW Personal Accident Insurance is player related, then the player would be insured to

play for Club B provided he/she remains registered with a Club on COMET.

What is FAW doing to lobby Welsh Government over the issues of local lockdowns, spectators and

lobbying for guidance to be amended on these issues. We are aware of the impact that these

restrictions are causing leagues, clubs, coaches, players and parent and are highlighting these at a

government level to try and influence change. Welsh Government are fully aware of our return to

football plans and are supportive of our approach as we work within current guidelines. We hope

there will be easing of restrictions placed on the issue of local lockdowns, spectators and number of