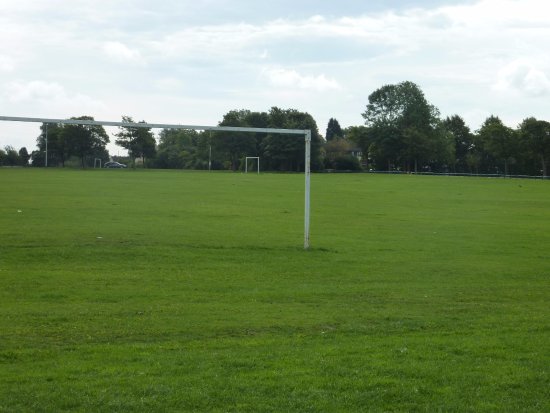 Vale of Glamorgan Football League Round Up 16/10

A fantastic afternoon action in the Vale of Glamorgan Football League with several big games that could impact the outcome of the league.

Holton Road moved up to second with an impressive 2-1 triumph over Cadoxton Barry. Shaun Jachontow hitting the winner four minutes from time and Holton Road now sit five points off top with a game in hand.

Island Marine continued their good league form with a 2-0 away win over St Athan, goals from Rhys Hopkins and Adam Bowsher gave Marine the points. That’s now no win in four games for St Athan after a good start to the season.

Jermaine Martyn hit the only goal of the game as Cardiff Airport beat Cogan 1-0, a fourth win on the bounce for the Airport.

BV picked up their first win since August as they edged out Barry Athletic who finished the game with nine men. Cory James and a Mathew James brace giving BV the important win and see them climb to 8th.

In Division One, league leaders Sully Sports handed a first league defeat to Vale Athletic winning a nine goal thriller 5-4. Sully came back from a goal down to go 3-1 and then 5-2 up before Athletic grabbed two more back to make it a nervy finish. Ashley Cottle staring for Sully with a brace and also two assists.

Rhoose Social returned to winning ways with a 2-1 victory over Island Marine, Jamie Halford and Bradley Rowland with the goals. Social sit second, one point off top but have played a game more.

Vale United secured their fifth consecutive win with a 6-1 thumping of St Athan C, Lewis Richards bagging a hat trick for United who move up to third place, level on points with Rhoose Social.

Cwm Talwg walloped Vale Madrid 6-0 to climb back up to fourth, doubles from Jordan Yeoman and Curtis Jones contributing to the comprehensive victory.

St Athan B came back from two goals down to draw 2-2 with BV reserves, Rob Cooper and Adam Hartery gave BV a 2-0 half time lead but Seth Talbot grabbed a brace to earn a point for St Athan B.