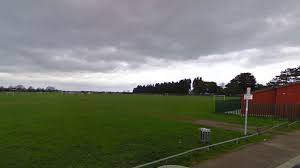 Vale of Glamorgan Football League Round Up 17/9

Vale football returned after a weekend and all games held a minutes silence for Her Majesty The Queen.
The Barry Cup began on Saturday with two games required to whittle the teams down to 16. Vale Athletic headed into the last 16 with a comprehensive 7-1 win over league new boys Peterston Super Ely, goals from Harry McNeill, Matt Rodwell, Matt Chapman and Josh Maddocks see Athletic comfortably through.
Barry Athletic also advanced with an impressive 6-2 away win over Cwm Talwg, 16 year old Alfie Tipples the star of the show with a hat trick. Oliver Tipples and Connor Parrett Doyle adding the others to put Athletic into the next round.
In the Premier Division, AFC Rhoose remain top on goal difference as they edged Cardiff Airport in a feisty Ceri Road derby, both sides were reduced to ten men but Dave Bevan’s 70th minute penalty clinched the win and maintained Rhoose’s 100% record.
Holton Road blew St Athan away with an impressive 5-0 home win to continue their perfect start to the season. Tyrell Williams, Dan Morgan, Trevell Konten and a double from Ben Pearce saw Holton Road ease to victory.
Island Marine also made it four wins out of four as they edged Vale United 2-1 at Maslin Park. Jack Blackmore hit his fourth of the season to open the scoring and go top of the league goal scoring charts, but Cai James levelled for Utd from the spot, however, Gabriel Oram grabbed what turned out to be the winner in the second half for Island Marine.
In the Championship, BV continue to dominate and secured an impressive 5-1 away win over Holton Road Reserves. Goals from Taylor Miller and Elliot Jackson put BV in control at half time, Tyler Jenkinson and Kyle Ingham then extended the lead before Louis Angove scored against his former club on his return to BV.
Cardiff Airport Vets moved up to second with a thrilling 4-3 win over Island Marine Reserves coming back from 1-3 down to win it through Ashley Ashill notching in the 87th minute.
Vale Madrid moved up to fifth with a comprehensive 6-1 over St Athan Thirds, David Evans starring with a goal and four assists.
Rhoose Social secured their second win in a row with a very good 3-1 win against Tynewydd at the Butts. James O’Neill put Social in front but Lewis Union soon levelled for Tynny. Cameron Barrett came off the bench to restore Social’s lead ten minutes from time and then Chris Morgan secured the points hitting the third.
St Athan Reserves picked up their first win of the campaign with a 3-2 victory over Barry Athletic Reserves. Rob Kemp put St Athan in front before Theo Savva and Calvin Fahiya put Athletic in front at the break. But Kemp’s spot kick levelled the score before Dan Rawlings thumping header gave St Athan the win.