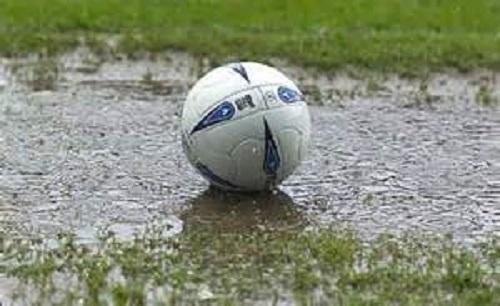 Vale of Glamorgan Football League Round Up 2/10

Premier Division leaders Penarth Town had to come from 2-1 down against BV to triumph 5-2 to remain unbeaten. Michael Winton with a double amongst the goals as Penarth stay three points clear at the top.

Cadoxton Barry are that team who are three points behind the leaders and hot on their heels, as they continued their recent hot streak of form to defeat Tynewydd 5-2. The divisions top goalscorer Jamie Randall with a brace.

Barry Athletic vs Holton Road was halted due to a serious injury to an Athletic player, we wish him the best in his recovery. Holton Road were 3-0 up at the time.

Cogan Coronation came back from 2-1 down at half time to grab a point against St Athan. St Athan took the lead twice in the first half with Josh Harfoot and Ben Boyd scoring either side of the first Cogan equaliser, before being pegged back in the second half, it’s now three games without a win for St Athan.

Island Marine inflicted a first defeat of the season on AFC Rhoose as they were victorious 2-1 at Maslin Park. Jack Blackmore netting the winner four minutes before time and it’s now four games unbeaten for the reigning champions.

In Division One, leaders Rhoose Social played out a thrilling 4-4 draw with Holton Road B to remain unbeaten. Bradley Rowland completed his hattrick late on to grab a point for The Social, as Leigh Vick hit two amongst the Holton goals.
Sully Sports cut the lead at the top to two points with a game in hand, as they played out a crazy 7-4 win over Island Marine B. The divisions top scorer Ashley Cottle hit four in the game to take his tally to 14 for the season.

Josh Kirke hit a hattrick for Cwm Talwg in a 6-0 away win against St Athan C. The win moves Cwm Talwg also within two points of the leaders.

Vale United saw off St Athan B 6-2 as Jac Wisenden starred with hattrick. The win moves United up to fourth now after three consecutive victories.

And finally, Vale Madrid and Vale Athletic played out a rare 0-0 stalemate. The result keeps Athletic unbeaten and moves Madrid up to 8th.